Ubisoft held a virtual demo this Tuesday (14) to celebrate its 15th anniversary Assassin’s Creed, a franchise that was born in 2007.focus on Assassin’s Creed Valhallathe broadcast revealed the Nordic-inspired journey’s free mode and Eivor’s final story chapter, which is also free.

After the story unfolds Dawn of RagnarokUbisoft will release a free mode Valhalla Titled “The Forgotten Legend”.The mode will feature mechanics inspired by the roguelite genre, from games such as Hades and dead cellsand will arrive by the end of 2022, free for players who own a copy Valhalla. 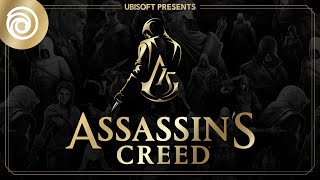 The plot of Forgotten Legends will focus on Harvey’s battle with Loki’s daughter in Niflheim’s death field. In this case, the player needs to flee the place, considering that he will grow stronger with each death.

After free mode, Assassin’s Creed Valhalla Over the next few months, you’ll receive new campaign content updates, festive returns, Mastery Challenge Pack 2 and the Armory feature, as well as new caves to explore and the Mystery of the Fallen Tomb to solve. 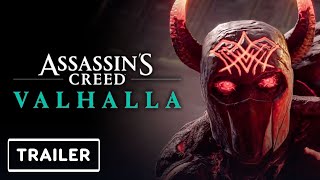 Ubisoft also announced the final story chapter of Eivor’s journey. Valhalla’s (or that) protagonist will get a free expansion ending for all players at the end of the year. More details on the content should be revealed during Ubisoft’s promised September franchise event.

Valhalla Just won another novelty for the Discovery Tour. The mode, which appears in the latest game in the series, focuses on providing an educational experience with guided tours and historical information about the period in which the game is set – in this case, the Viking Age and Saxon culture.

Start your journey of discovery today Valhalla Can be purchased separately from the game on Xbox ePlayStation consoles. On PS4 and PS5, the experience costs BRL 99.90; on the Xbox Store, it’s worth BRL 99.95. On PC, through the official Ubisoft store, the mode is priced at R$59.99. 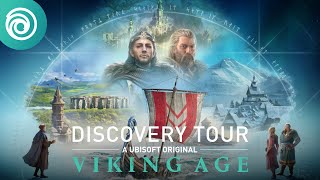 The game set in ancient Egypt has been updated to optimize the experience for PlayStation 5, Xbox Series X and Xbox Series S. Origins now runs at 60 frames per second (FPS) on next-generation consoles. In the game, players control Bayek to explore ancient pyramids and tombs, which also hide memories and secrets about the origins of the Assassin Brotherhood.

To celebrate the news, Ubisoft is offering players a free trial game. Assassin’s Creed Origins It will be free for a limited time from June 16th to 20th. It’s worth remembering that the title recently arrived in the Xbox Game Pass catalog.

The future of Assassin’s Creed

Ubisoft will only reveal information about unreleased games at its September event.Currently, the offices of Ubisoft Quebec (Odyssey) and Ubisoft Montreal (Origin and Valhalla) are working on the already announced Assassin’s Creed Infinite, a game-as-a-service, with GTA Online. endless Will serve as an online platform, receiving unique missions over the years.

AC’s 15 years also marked the franchise’s entry into the series world. Assassin’s Creed Will win a series with real actors on Netflix. Jason Altman and Danielle Kreinik of Ubisoft Film will executive produce on the project. The script will be in collaboration with Die Hard’s Jeb Stewart.