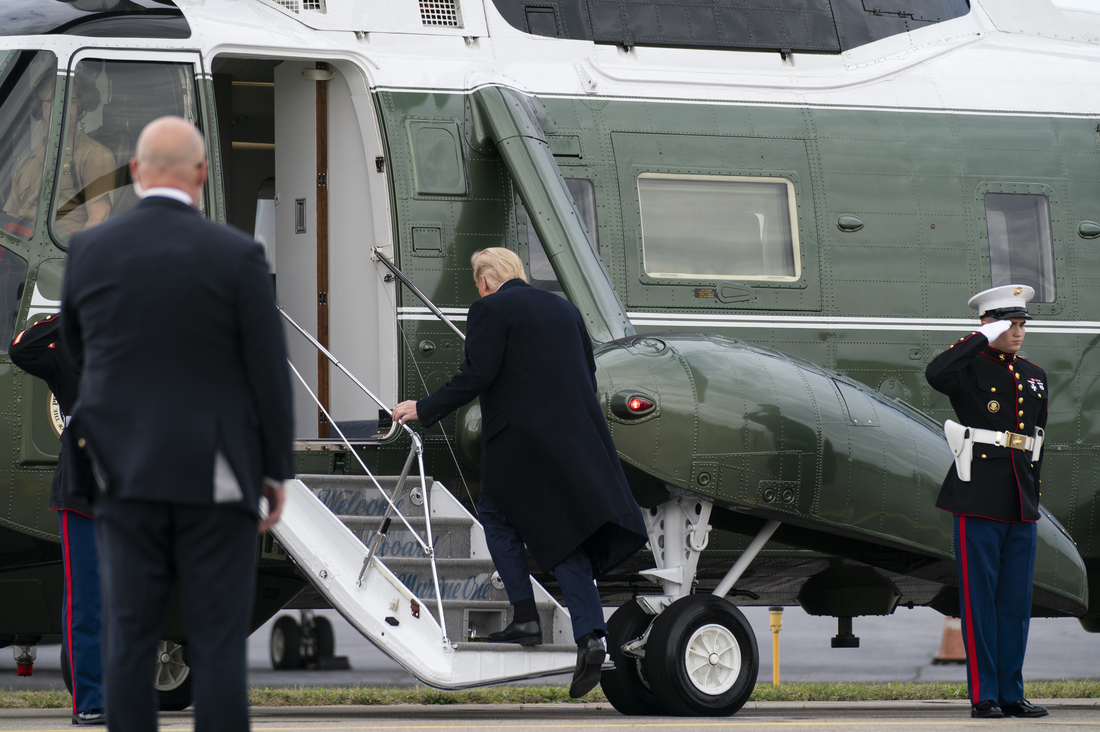 President Trump boards Marine One to travel to a fundraiser at Trump National Golf Club in Bedminster, N.J., last Thursday. Hours after he returned, he tested positive for the coronavirus. President Trump boards Marine One to travel to a fundraiser at Trump National Golf Club in Bedminster, N.J., last Thursday. Hours after he returned, he tested positive for the coronavirus.

As the Marine One helicopter was about to lift off last Thursday, White House officials got word that top adviser Hope Hicks had tested positive for the coronavirus.

That prompted White House operations to make a tough call: Who in President Trump’s entourage would still be allowed to go to the campaign fundraiser at the Trump National Golf Club in Bedminster, N.J.?

Some people were pulled from the trip — but not Trump.

That was the first of several ways that Trump and his campaign put supporters at risk, says Lisa Lee, an epidemiologist. While there were coronavirus protocols in place at the fundraiser, public health experts say those measures were full of holes and aimed more at protecting the president than donors and staff.

“The first step in all of this was to really quarantine immediately after finding out that they had been exposed,” says Lee, a former top scientist at the Centers for Disease Control and Prevention who serves as associate vice president for research and innovation at Virginia Tech.

Instead, Trump spent several hours at the fundraiser with more than 200 supporters even though he had just traveled with Hicks on Air Force One to Minnesota for a rally the day before and to Ohio for the presidential debate the day before that.

Dozens of guests mingled with the president indoors without masks — some for the better part of an hour — and the campaign relied heavily on screening guests with rapid tests, which aren’t always reliable.

White House communications director Alyssa Farah, said the president’s traveling that day was “a decision made by White House operations because he wasn’t deemed to pose a threat.”

Public health officials in New Jersey haven’t reported any positive tests among fundraiser guests, but they caution that the incubation period is up to two weeks.

Trump’s Bedminister fundraiser, which raised more than $5 million, had three parts, with different precautions in place depending on how close the attendees got to the president. 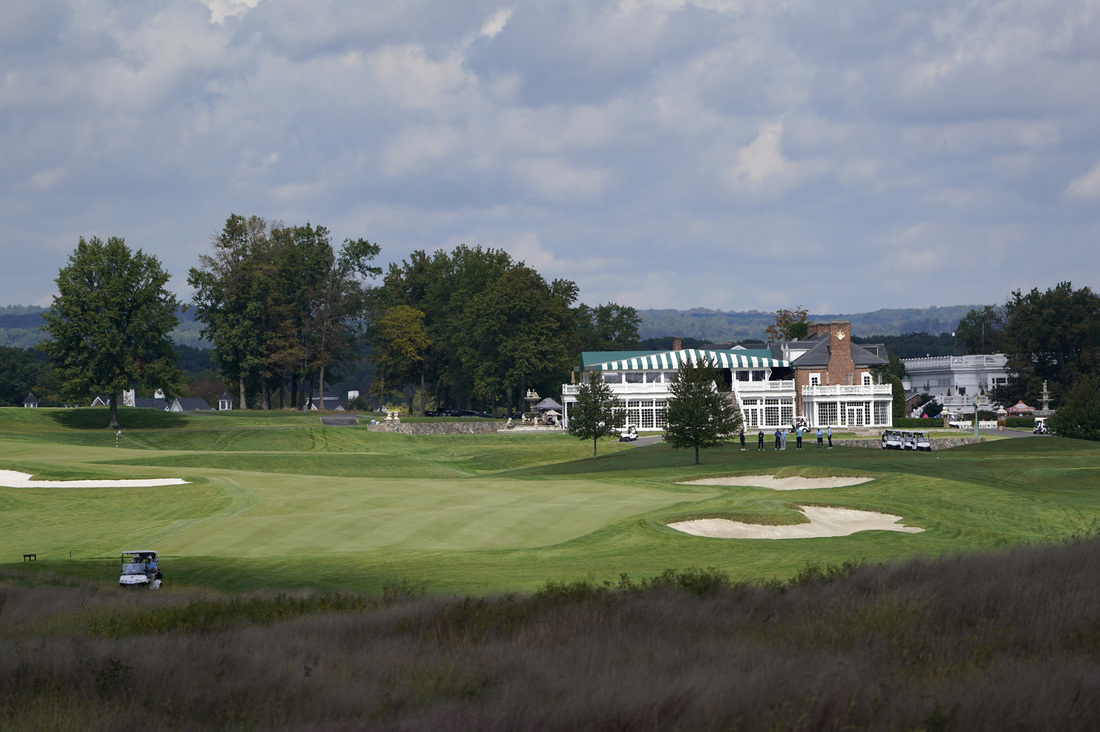 More than 200 people descended on Trump National Golf Club in Bedminster, N.J., last week for a fundraiser that often did not involve masks.

Charlie Kolean, a Trump supporter from Texas, attended the fundraiser and posted videos on social media. He said it kicked off with drinks.

“Just picture: It was a standard cocktail party; there was a bar there, high-top tables,” Kolean said in one video.

This is where Kolean got his picture taken with the president. He said that neither of them were wearing a mask but that the whole interaction only took a minute.

“You did not get to shake his hand and you stood 6 feet away from him when the photo was taken,” Kolean said. “All the attendees were checked before entering the clubhouse for coronavirus. So they were not wearing masks and the president was not wearing a mask.”

The campaign says that everyone was kept at least 6 feet away from the president, as the CDC recommends for social distancing. But Lee says those guidelines are just that — guidelines.

“We want to really be careful about thinking that there’s some magic about that, that 6 feet,” she says.

And, Lee says, it’s troubling that guests were allowed to mix it up without masks indoors simply because they passed a rapid test because those tests have a high rate of false negatives.

“No test is perfect,” she says. “And that test, like every other imperfect test we have, likely missed some infections.”

Even more troubling, Lee says, was the second part of the fundraiser when the really big donors gathered in another room at the clubhouse for a more private audience with the president. Rich Roberts, a major Republican donor who lives in New Jersey, described the scene to a local news outlet.

“We met with him for about 45 minutes to an hour,” Roberts said in the video published by the Lakewood Scoop. “There were 19 of us. And we were at a table set up to make rectangular formation. Here was President Trump, and I was directly across from him, over one seat.”

Roberts later clarified that he was sitting 10 feet from the president, but he also said they weren’t wearing masks. And Lee, the epidemiologist, pointed out that infected particles can be recirculated in enclosed rooms.

“If I were that person or one of those people, I definitely would be in quarantine,” she says.

Roberts and Kolean both say they are quarantining at home.

The third part of the fundraiser was held outdoors in a courtyard at the club. Here, the guests only had to get a temperature check and fill out a “wellness questionnaire.” Rik Mehta, a Republican running for the U.S. Senate from New Jersey, said many attendees also wore masks.

Public health experts say there is less risk with outdoor events, but they caution that up to 40 percent of people infected with COVID-19 have no symptoms. So they would not have been flagged by the screening process and could have been unknowingly spreading the virus among themselves.

Hope Hicks, who has been working so hard without even taking a small break, has just tested positive for Covid 19. Terrible! The First Lady and I are waiting for our test results. In the meantime, we will begin our quarantine process!

Lisa Lee says this kind of behavior is problematic no matter who you are.

“Anyone who’s knowingly been exposed, who does not go into quarantine, really has no idea how — what lives they might put at risk,” she says.