The universe will show us a phenomenon that will only happen again in 18 years. Basically, this is the most spectacular planetary cruise of the year, and it will take place on the morning of June 24th. Curious people will be able to see the five planets of the solar system lined up in the sky: Mercury, Venus, Mars, Jupiter and Saturn. Well, actually, it will be an arrangement of seven planets, as Neptune and Uranus will also be joining the celestial show. However, the two giant planets are too dark to be seen by the naked eye.

How can you see this cosmic show? Well, come with us and we’ll unravel everything. 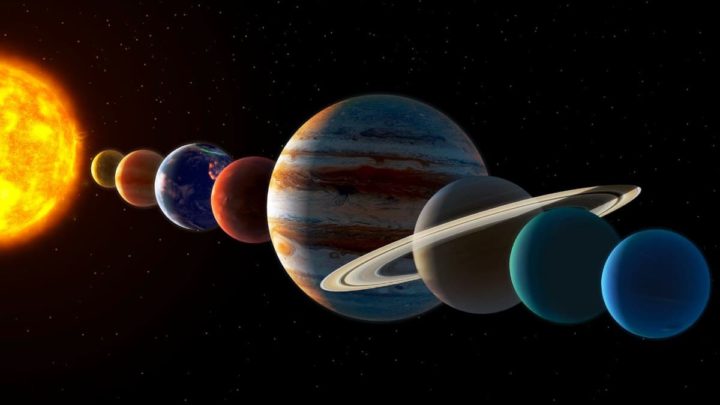 From an astronomical point of view, June is a fascinating time. We've had several chances over the weeks to see a very rare planetary conjunction. No need for binoculars, and just before dusk, Mercury, Venus, Mars, Jupiter, and Saturn can be seen all month long.

What is a planetary parade?

This is an astronomical event that occurs when the planets of the solar system line up in the same region of the sky seen from Earth.

Astronomical events that can be called planetary parades include:

Another term for a planetary cruise is "pulse".

The following types of planetary cruises are differentiated by the number of participating planets:

planets of the solar system never line up in a perfect straight line because they don't run in the same plane. So it is possible to see planets aligned (or just clustered) in the same part of the sky during this spectacular event. 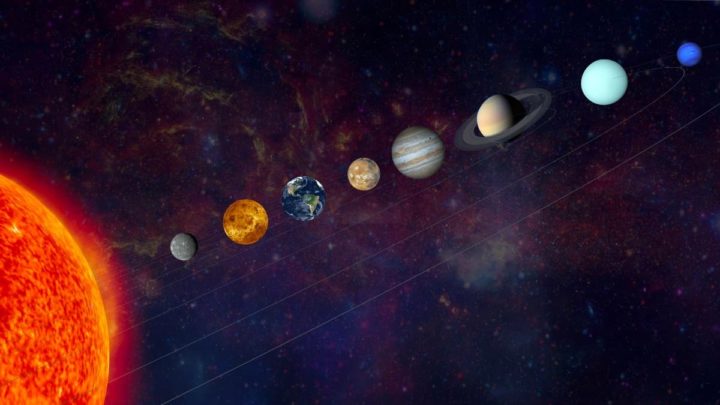 When was the last planetary cruise?

The next spectacular planetary cruise will take place in 2040. Five planets will take part in the cruise: Mercury, Venus, Mars, Jupiter and Saturn. The new moon will also be near the planet.

Considering this time frame, the phenomenon becomes even more appealing. Certainly some of the most common alignments occur more frequently.

For example, three planets line up on one side of the sun at the same time twice a year, four planets - once a year, five planets - every nineteen years, and all Eight planets in the solar system - about once in 170 years.

Come to think of it, an alignment only happens every 170 years!

So what exactly will we see on June 24th?

After realizing that we sometimes see cosmic wonders that mark our existence, on the 24th of this month, the universe will show us a last event in 2004 We will have to wait 18 years to see him again.

The planet will appear east and move south (for those viewing from the southern hemisphere, the planet will move north). Mercury will be the last planet to appear and complete the conjunction. While we're past the days when Mercury and Saturn are at their shortest distance (91 degrees), there's a lot more time to see it now: up to 45 minutes before sunrise. 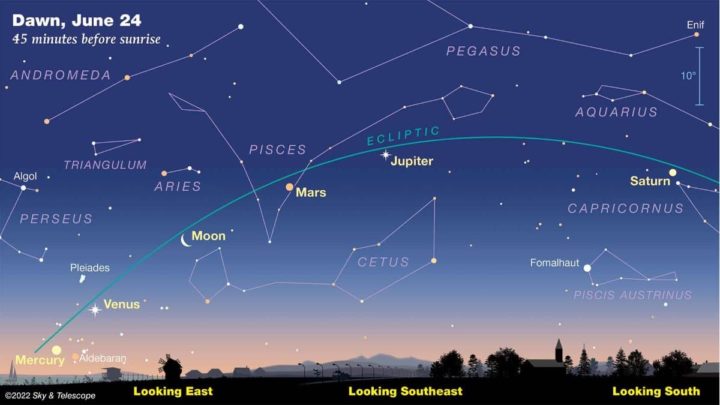 Out of curiosity, if you didn't get a chance to look at the sky on Friday morning, please know that, according to NASA, The next parade of these planets will take place on September 8, 2040.

On that day, 5 planets will be visible to the naked eye and we will be able to locate them within a circle about 10 degrees in diameter. The alignment will include Mercury, Venus, Mars, Jupiter and Saturn. The new moon will also be visible, between Venus and Saturn.

Technology on smartphones can help

If you're as curious as we are, you can even install apps that help you easily locate and identify planets in the sky's dome. Therefore, we recommend that you use a mobile app such as Star Walk 2 or Sky Tonight. Just point your device at the sky and the app will show you what you're looking at. App notifications will help you stay on top of the most compelling astronomical events.