THE Commonly referred to as the Under-23 National Championship, the Revelação League was created to give teenagers a new competitive edge in the 2018/19 season, leaving the final stage of the training process and, in most cases, young people. there was no place in the top teams.

The competition, now in its fifth season, has been a milestone for many young players to demonstrate their qualities and prove that they deserve a place in the first team. And one of those middle-aged young men was Francisco Mascarenhas.

After spending most of his training in Estoril, the young man decided to leave his comfort zone, Cascais, and go to Portimonense, where he arrived two seasons ago. After the first season of adaptation, the forward became one of the highlights of the Algarve team and now said goodbye to the season, which ended with the title of the best scorer in the qualifying round of the Champions League Revelation. he was even named the third best player of the tournament by the Players’ Union last season.

In an exclusive interview with Sports by the minuteThe forward, who left Algarve after the expiration of his contract, does not hide his ambition to move to the First League, where there are already some invitations for the next season.

Despite being 22 years old and having no experience at the youngest levels of national teams, there is no doubt that Francisco Mascarenhas will soon be an option for Portugal.

Last season was my first experience away from home, and I can say that this transition was a big shock.

In the summer of 2020, there was a change in Portimonense’s U-23 team, almost all training was conducted in the service of Estoril. What made you make that decision?

Estoril was my training ground and probably my favorite club because I had a great relationship with everyone. The decision to leave was based on the fact that I felt that this was the best thing for me in terms of career development. I wanted to get out of my comfort zone.

But considering that Estoril is betting on some of the youngsters, did you feel that there was no prospect of reaching the main team?

If you ask me if I felt I would bet while I was there, I will answer no. All players have their moments. I trained with the main team before the season and in this regard I became the best scorer before the season. But I went to those under 23. I signed a professional contract at a young age. At that time, I finished my junior season and trained at Sporting, but Estoril offered me. I decided to stay in Amoreira between signing a youth contract with Sporting and having the prospect of going to Estoril’s first team. 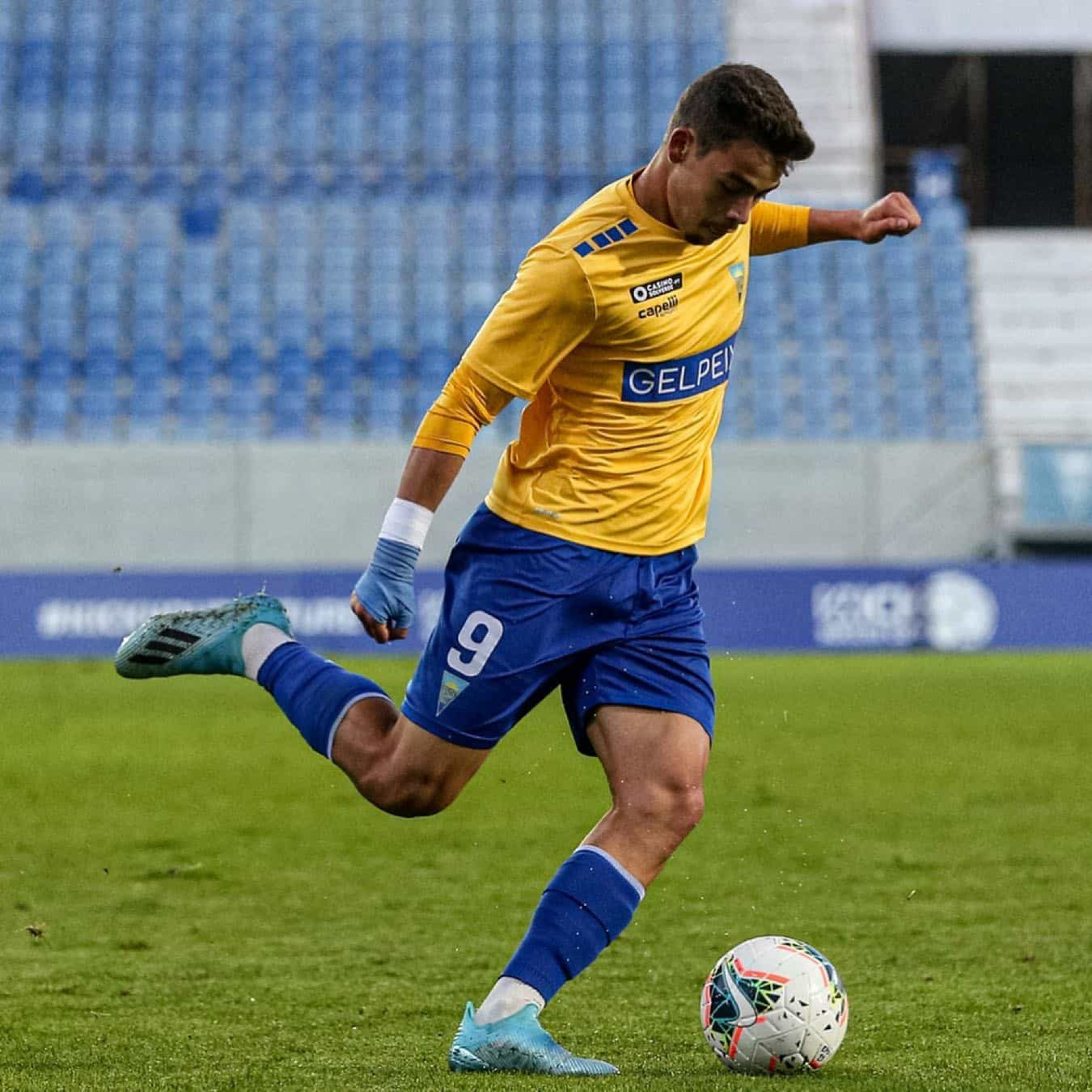 Portimonense watches as they finish their second season. How was your experience with Algarve?

It was fantastic. There have been two major developmental periods as a player and a man. This was my first experience away from home and my first time out of my comfort zone. For me, it was really good. I had to adjust to living alone, returning home, and cooking dinner. All of this raised me a lot as a man.

After a goalless season, he was in the spotlight this season as the player who scored the most goals in the Champions League qualifiers. What is the reason for this success?

It was mainly due to a change in the mental part. Last season, as I said, coincided with my first experience outside the home, and I can say that this move was a big shock. I never did that. I have always been in the same club, always at home and in the comfort of my parents, sisters and friends. My first year at Portimonense was a great adaptation for me. I also had to adapt to my first injury, because I had never been injured before. I was a little insecure due to injury. Being away from home and getting injured for the first time was mentally exhausting. But because of this situation, I became much stronger spiritually and returned more prepared for anything that could happen this year. 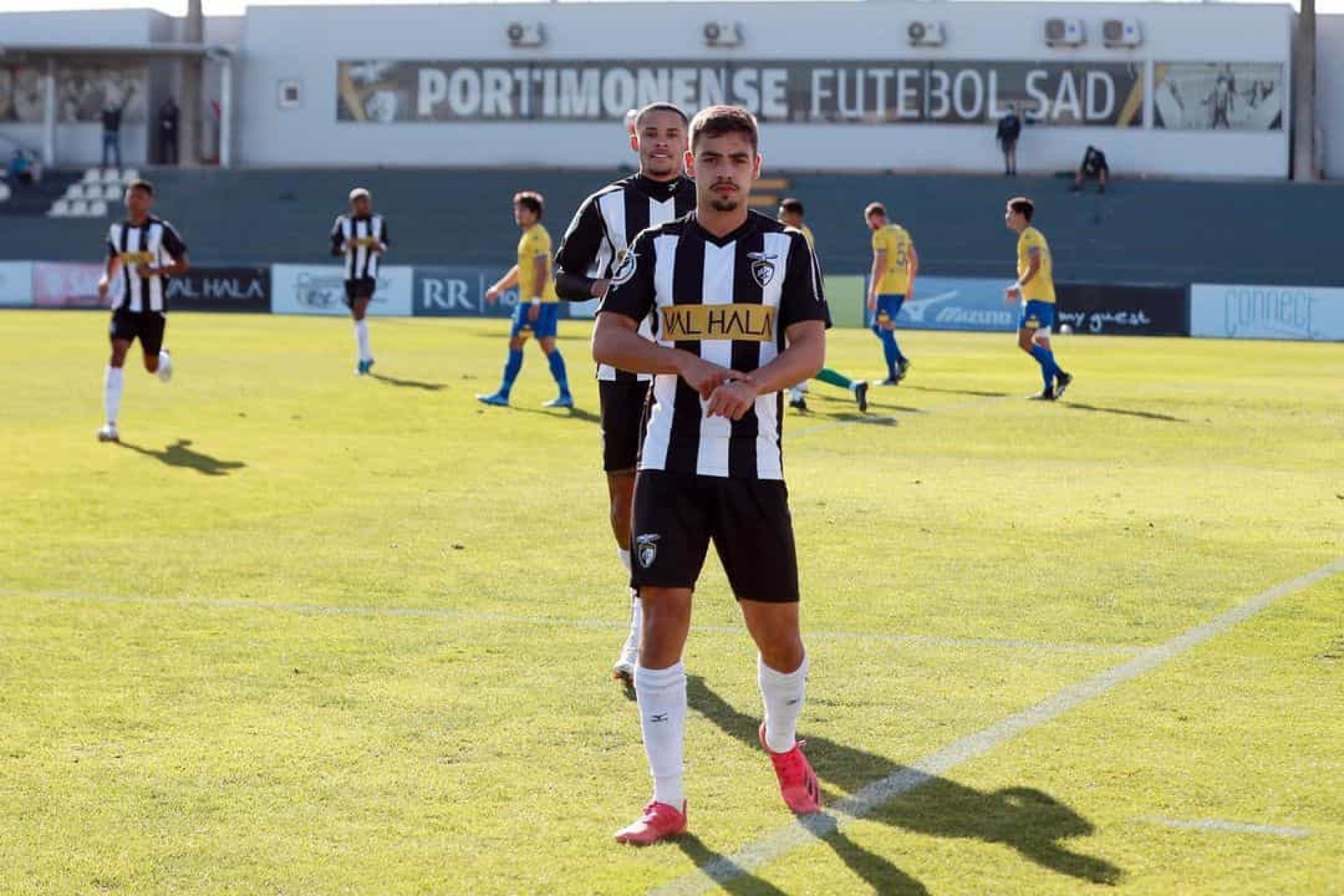 The young man has scored 9 goals this season© DR

Were you satisfied with your performance in the field this year?

Of course yes. Compared to the previous year, I consider it a year of growth, so I look at it and say that it was a very good year of approval. I was the top scorer in the final and was recognized by the Union as the third best player in the Revelation League.

Can you say that you felt bitter after the season when you spoke about the award given by the Union of Players?

Of course not. Of course, the third place never satisfies me. I always aim to be first, of course, but it’s always a pleasure to be among the best.

Good performances in children under 23 led to his promotion to the main team. Were you satisfied with the club’s bet on you?

At the age of 23, the main goal is to make his debut in the first league. The fact is that Paulo Sergio [treinador do Portimonense] The fact that I was invited to the training of the first team shows that part of my goal to get to the First League was to get closer.

I feel like I’m at a stage where a lot of progress is being made and a change of scenery will allow me to be a better player.

Although the club is interested in continuing with you, you leave Portimonense at the end of the season. Why did you make this decision?

Two years in Portimonense proved to me that I was ready to live alone, either in Portugal or in another country. The distance doesn’t tell me much now. As for Portimonense’s departure, I decided that the best thing for me was to bet on another club. I feel like I’m at a stage where a lot of progress is being made and a change of scenery will allow me to be a better player. I believe that even if I stay in Portimonense, my place will be in the First League, but at the moment I decided that the best thing for me is to leave.

And do you already have a project?

[Risos] I have nothing signed with anyone. Along with some clubs of the I League and II League, there are good opportunities from abroad. Now is the time to analyze everything and then decide.

At the age of 22, he passed all levels before the elections, but was never called up. Do you expect this to happen in the future?

Of course, my goal is to get there and I am 100% sure that I will be the next number 9 of the Portuguese national team.

Gonchalo Ramos or Fabio Silva? I believe that I will soon be at their level and score more or more goals than them.

And given that young teams have players like Gonzalo Ramos and Fábio Silva who have a history and are more routine in these selection tasks, aren’t you afraid to be overlooked in this vacancy?

Not because I will soon compete with them, so to speak, to play in the major leagues, whether in the First League or abroad, and score goals there. It’s important to have healthy competition between players my age. I believe that I will soon be at their level and score more or more goals than them. I am not afraid to come to the national team late because I believe in myself a lot.

What qualities define you as a footballer? Do you consider yourself more of a striker or a right winger?

I prefer to play in position 9. I am a very fast striker, mobile, goal-oriented, well-positioned in the field and works well in the team. All teams like to have a mobile striker, which is very important for counter-attacking games and deep attacks in empty spaces. That’s why I like to play behind a hard spear.

Which idol do you have in football?

I have two. Cristiano Ronaldo, because I really admire his ability to work, I am also a very hard-working player. Then I also like Zlatan Ibrahimovic for his mental part. I usually joke a lot like Zlatan, I’m the best [risos]and I believe.

Also read: “Matheus Nunes in Estoril? You can see that there is a big margin of progress”

Always be the first to know you.
For the sixth year in a row, the Five Star Award for Consumer Choice and Online Press.
Download our free program.