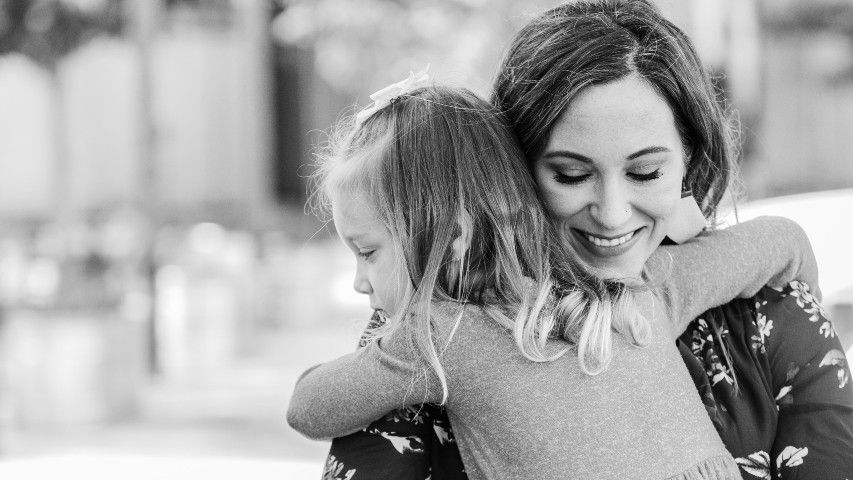 My name is Dawn, and I am almost five months post-COVID-19 infection. I also still have not regained my sense of smell.

If you haven’t had COVID-19, that’s amazing!

If you have survived COVID-19 and you’ve managed to keep your sense of smell (or quickly get it back), so happy for you, too — truly.

For those of us who are months out and still haven’t regained our sense of smell, it can be a little more taxing on mental health than one might imagine.

Before we get to all that, let’s rewind.

What’s strange is that I didn’t notice my sense of smell was gone until I had already gotten over being sick.

By the way, I didn’t get that sick. I had a couple days of a stuffy nose, headache — just like a bad cold, really — and I never had a fever. At the time, I was like, “OK, I don’t love being sick, but this really isn’t that bad.”

Can I also say, I acknowledge that there are many who have gotten much more sick than me, and have even lost their lives to the virus. I’m grateful my bout with it was considerably minimal.

I learned I was positive for COVID-19 after learning that I’d been exposed in a pretty considerable way. I got tested, despite not having any symptoms yet, and learned earlier in the week of July 4 that I had a positive test. A week later, I still had no symptoms and believed I was probably in the clear. I was wrong.

The weekend that followed, I began feeling ill — congestion, cough, that horrible headache. I had already heard of people who were having heavy and compromised lungs, so I made it a point every day to get out and walk, or even jog, if I had the energy. Luckily, I never suffered from lung problems, and in a few days, I felt like I was pretty much back to normal, despite just feeling tired.

Losing my sense of smell

What’s kind of funny is that I didn’t realize I had lost my sense of smell until I was cleaning my house one night. I used an Amber-scented room spray and realized it had no scent anymore. I actually thought the scent was gone from the spray. I cursed Target for a second and then spritzed some on a kitchen towel, held it up to my nose and smelled … absolutely nothing.

I’m not going to lie, I panicked for a minute. I’m not even sure why. It doesn’t sound like that big of a deal to lose your sense of smell, but the only way I can describe my immediate reaction was that it felt isolating, and it gave me almost instant anxiety.

Why? Because I thought for a second, if this was a symptom I wasn’t even aware was affecting me, what else could be going on inside my body that I wasn’t aware of yet?

I began picking up random things around my house to sniff. Nothing.

Well, I thought, surely things will go back to normal after I’m officially over COVID-19.

I’m envious of people who get their sense of smell back after their sickness is technically over, because that wasn’t my situation.

It’s funny how often people ask you to smell something. Countless times, my husband or my best friend would be like, “Oh my gosh, this smells AMAZING, doesn’t it?” (While sticking whatever it was in front of my face).

Of course they weren’t constantly thinking about the fact that I couldn’t smell anything. But I actually found myself quite surprised at how frequently people ask you to do that.

Anyway, aside from not being able to tell if the trash stunk after I’d fixed chicken the night before, or to not even have the full extent of being able to taste what I was cooking, I had some concerns.

We have a gas stove in my house. What if it were leaking and I had no clue? Or if a fire started in my daughter’s room and I was just going about my business elsewhere in my house?

At one point, I interviewed a woman who lost her sense of smell due to COVID-19 and said her gas line broke, yet she didn’t realize it until it was pretty bad. She credited “guardian angels” as the reason she’s alive. > Read that story here.>

Anyway, as a side note: Yes, we have a smoke detector, no we do not have a carbon monoxide detector, but you never know when those things might fail. As a parent, I’m always worried about my family’s safety.

After several months of not being able to smell, I thought, there have to be others with the same problem. So I started perusing Facebook and found a whole support group.

In this group, I learned of people who had become infected with COVID-19 in the earlier part of the year who still haven’t regained their sense of smell. I’d be lying if I said that wasn’t discouraging.

However, at some point, I stumbled on what some were calling “smell training.”

Experts on abScent.com stated that “Losing just some of your sense of smell can affect your quality of life, resulting in deep feelings of loss and, in some cases, isolation and depression.”

Fortunately, they also provide what some say can help you get your sense of smell back.

With smell training, one must actively sniff the same four scents every day, spending around 20 seconds on each scent and really concentrating on what they’re doing.

From what I can tell, you have to be pretty committed, and it’s still not a guarantee that it will make a difference, but some people have said it helped them.

Admittedly, I tried the training, but not nearly like the experts recommend — but it sure does seem like it’d be worth it, doesn’t it?

(Between working full time, having a young child and running a household, setting aside specific time four times a day seems like an easy thing to do, but I never could quite follow through completely).

I’ll admit that while I still haven’t regained my sense of smell completely, there are moments now in which I will catch a whiff of something here or there. It makes me feel hopeful.

A few weeks ago, I smelled a candle and almost leaped out of my skin with excitement. It’s one of those things you don’t appreciate until it’s gone.

But again, it seems to be coming in spurts at this point.

I didn’t know anyone else who dealt with this problem like I did, so I thought, there must be others … out there all alone, but in the same boat as me. So I thought I might as well share my story.

Now, I’d love to hear yours.

Did you survive COVID-19 and still haven’t regained your sense of smell? I’d love to hear more about your experience. Click here to send me an email to tell me your story, along with your struggles, if you feel so inclined.