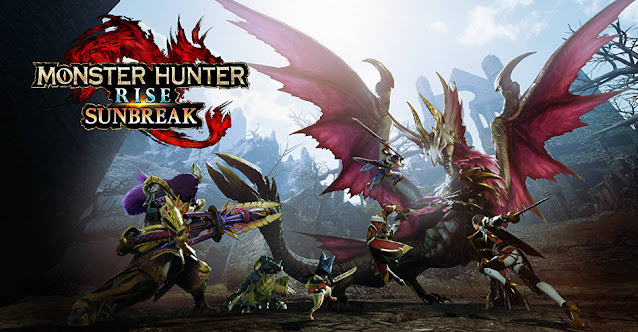 Check out the new trailer for the DLC the company has released, along with all the news it has to offer:

The second-generation “Jungle” zone of the Monster Hunter game enters the hunt! Now, at Sunbreak, you can venture along the region’s scenic sandy coastline into the lush, lush vegetation that the defiant monsters call home.

Exciting hunting awaits you in the “Jungle”, with experienced monsters and new faces. Speaking of monsters…

We’ve already revealed some of the monsters coming to Monster Hunter Rise: Sunbreak, but of course, there’s a lot more to share. How about we start with a highly requested (and very exciting) fan favorite?

Say hello to Gore Magala, the flagship monster of Monster Hunter 4 Ultimate! There are plenty of seasoned hunters calling for Gore Magala’s return, so I hope this reveal has made you anxious. The vicious hexapod brings its signature frenzied virus into battle, marked by the black and purple mist it spreads.

Espinas is back in the series. For many, this may be their first exposure to Espinas, as it only appeared in Monster Hunter Frontier. The poisonous pink horns on the front of its head pose a serious threat. If that’s not enough, Espinas can unleash a powerful poisonous fireball. It might seem dangerous at first, but the monster slept and took a nap – absorbing some attacks before finally waking up.

Is this some kind of cave demon? Do not!Turns out Shogun Ceanataur isn’t the only one Crustaceans Come to Monster Hunter Rise: Sunbreak. Today we reveal the trailer for the return of the Daimyo Hermit. His attacks are useless when he forms a sturdy shield with his huge claws. These claws aren’t just for defense either – they can tear apart hunters! Focus on your hunting skills.

Eagle-eyed hunters may suspect the discovery of a new Rakna-Kadaki subspecies. We’re excited to finally share the details. Meet the Pyre Rakna-Kadaki, a subspecies of fire that adds heat through flame-infused silk threads and, of course, overheated arachnoid membranes.

It was also revealed that a free demo of the game will be available to download from the Switch eShop starting June 14.At this demoin addition to challenging the main monster of the game: Malzeno, explore the jungle and face hunting missions, participate in tutorials and training, and test new skills and attacks.

Finally, Capcom announced that Sunbreak will be updated for free in the future. The first of these, scheduled for August this year, will add the Luminous Nargacuga monster and Forlorn Arena area, among other creatures.the next two renew It will be held in the fourth quarter of 2022 and the first quarter of 2023. More to come in 2023. 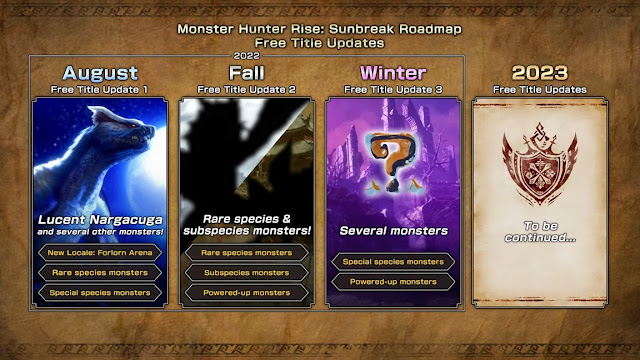 It’s important to remember that when Monster Hunter Rise: Sunbreak is released, a 13GB base game update will be available.That repair Mandatory for all players, even those who did not purchase the expansion pack.