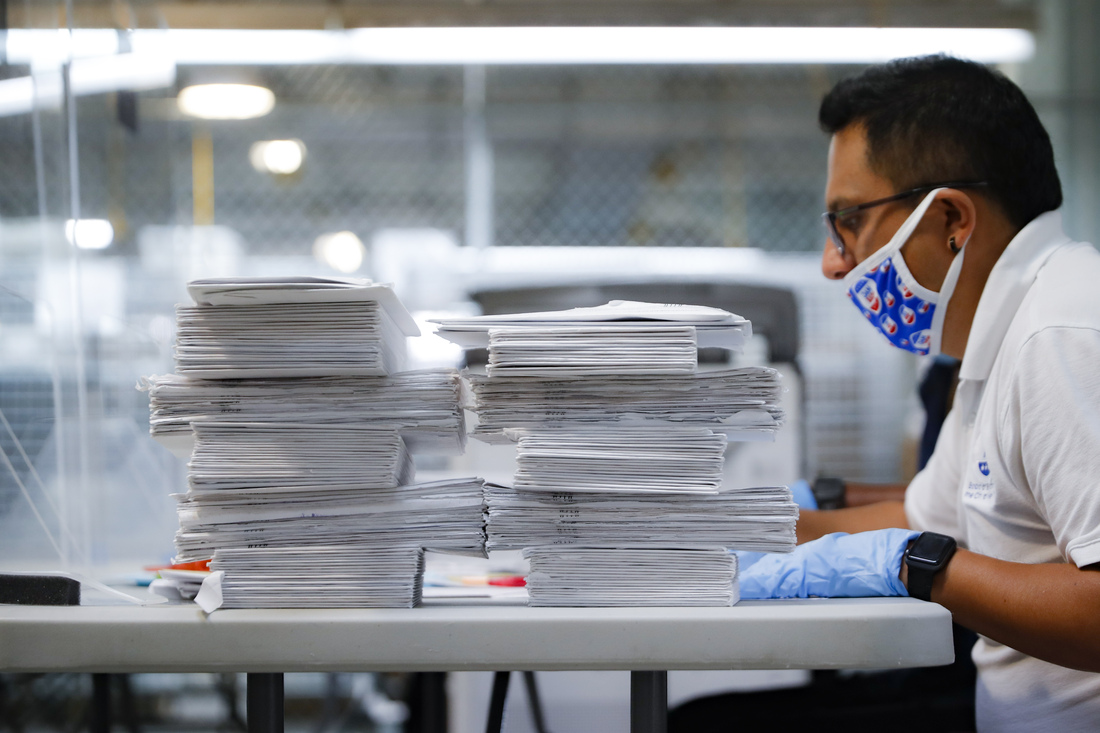 Stacks of ballots are prepared to be checked by a worker at a Board of Elections facility, Wednesday, July 22, 2020, in New York City. This week, the city’s election board mailed out error-filled ballots to about 100,000 voters. 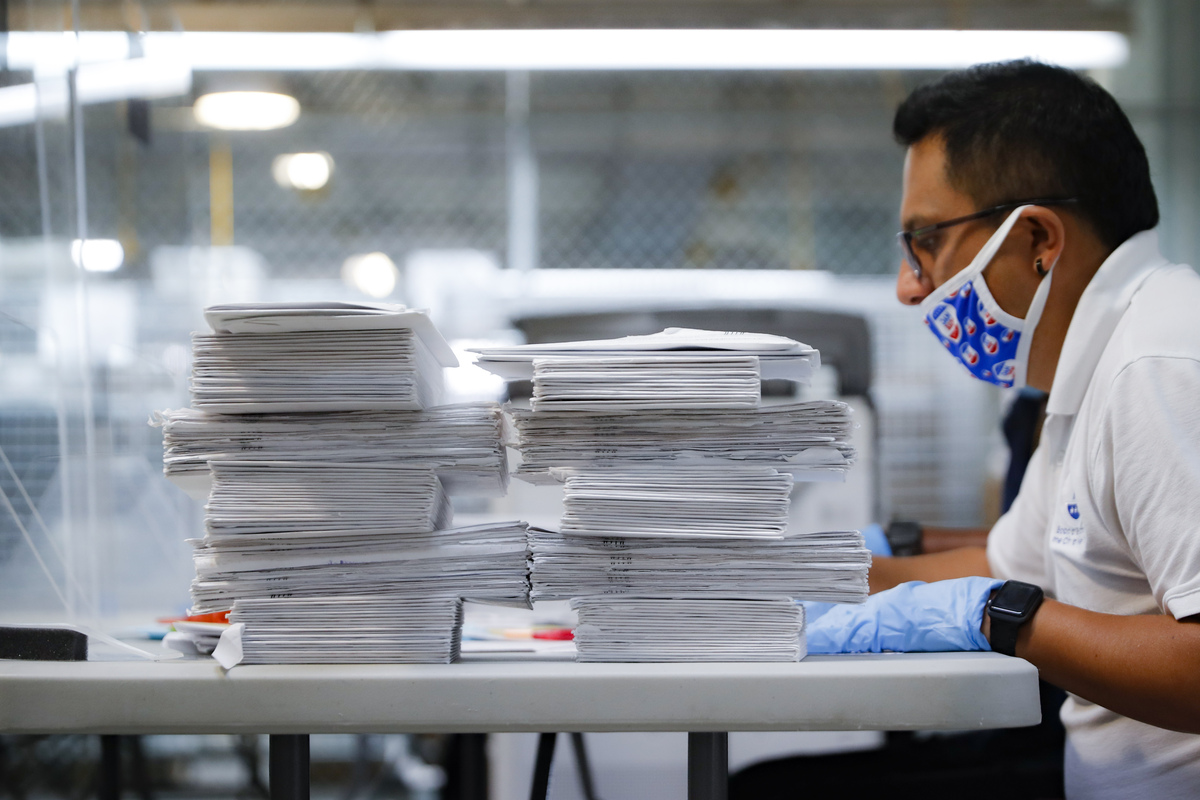 Stacks of ballots are prepared to be checked by a worker at a Board of Elections facility, Wednesday, July 22, 2020, in New York City. This week, the city’s election board mailed out error-filled ballots to about 100,000 voters.

A version of this story was first published by Gothamist, a news site operated by member station WNYC.

On Tuesday, the New York City Board of Elections announced a plan to print and mail new absentee ballots to nearly 100,000 voters who received erroneous envelopes in their absentee ballot packages. The decision comes after an unknown number of Brooklyn voters received absentee ballots with the wrong name and address printed on the return envelope.

“It is essential that confidence be established in this process and that we make certain that all of the voters who potentially have a problem have a full and fair opportunity to remedy that problem,” said Michael Ryan, the executive director of the New York City Board of Elections.

“It is also essential to point out that this is a vendor error,” he added, noting that the Rochester-based company, Phoenix Graphics, has agreed to pay for the cost of the additional printing of the ballots, while the election board will ensure those new ballots are processed appropriately.

The error comes as voting by mail is set to expand significantly due to the COVID-19 pandemic and as President Trump has frequently made false claims that the practice will lead to widespread electoral fraud.

Phoenix was awarded a $4.6 million contract to produce and distribute the absentee ballots for the BOE in May, The CITY reports, noting that “the contract was a negotiated acquisition, which means that there was no competitive bidding.”

Ryan told Gothamist/WNYC that he was alerted to this issue by a voter in Brooklyn on Saturday and that his team immediately contacted the vendor. Based on the election board’s investigation, Ryan said they believed the error was limited to voters in Brooklyn, in a single print run. That printing took place on September 17th and included 99,477 voters.

The board says approximately 140,000 absentee ballots have gone out in Brooklyn so far, out of the nearly half a million that have gone out citywide.

“We want to, out of an abundance of caution, give a reprinted ballot to all of the voters potentially affected in that first print run,” Ryan said Tuesday.

For voters receiving a replacement ballot, Ryan said the board would include a notice in the new absentee ballot package alerting the voters as to why they are receiving it. He also said the board would be reaching out to impacted voters via email and phone if that information is available through the person’s voter file. He said the board also planned to alert voters through social media.

Despite their efforts to correct the problem on Tuesday, the board came under fire from elected leaders and voters who said they were fed up with the agency’s inability to reliably carry out the key elements of its central mission.

“I don’t know how many times we’re going to see the same thing happen at the Board of Elections and be surprised,” Mayor de Blasio said at his daily briefing Tuesday. “There’s some good people there, and I know there’s some people that are trying hard, but it just is not a modern agency and it must be changed. It just structurally doesn’t work.”

During de Blasio’s tenure, he has urged the board to make a series of reforms that would overhaul its management structure. But since the board is empowered through New York State election law, with ten commissioners appointed by the Democratic and Republican county party leaders in each of the five boroughs, the board has resisted any calls for reform.

Voters took news of the board’s plan with a healthy dose of skepticism.

When he learned about the board’s plan to fix this problem, he said, “It sounds great on paper, but it also sounded great when we were going to receive our ballots without any issues.”

Johnson said he was considering taking a flight back to New York City just to make sure he could vote.

“I’m not missing this vote,” he said.

Joan Arkin, 65, a voter who cast her first vote for Mayor Abe Beame in 1973, said if it weren’t for a hyperlocal neighborhood message board, she would have never known to look at the problem with her ballot. When she learned about the board’s proposed solution, she was still concerned because she worried this mistake had already eroded people’s confidence in absentee ballot voting.

“Somebody should have been double checking this,” Arkin said. “Triple-checking.”