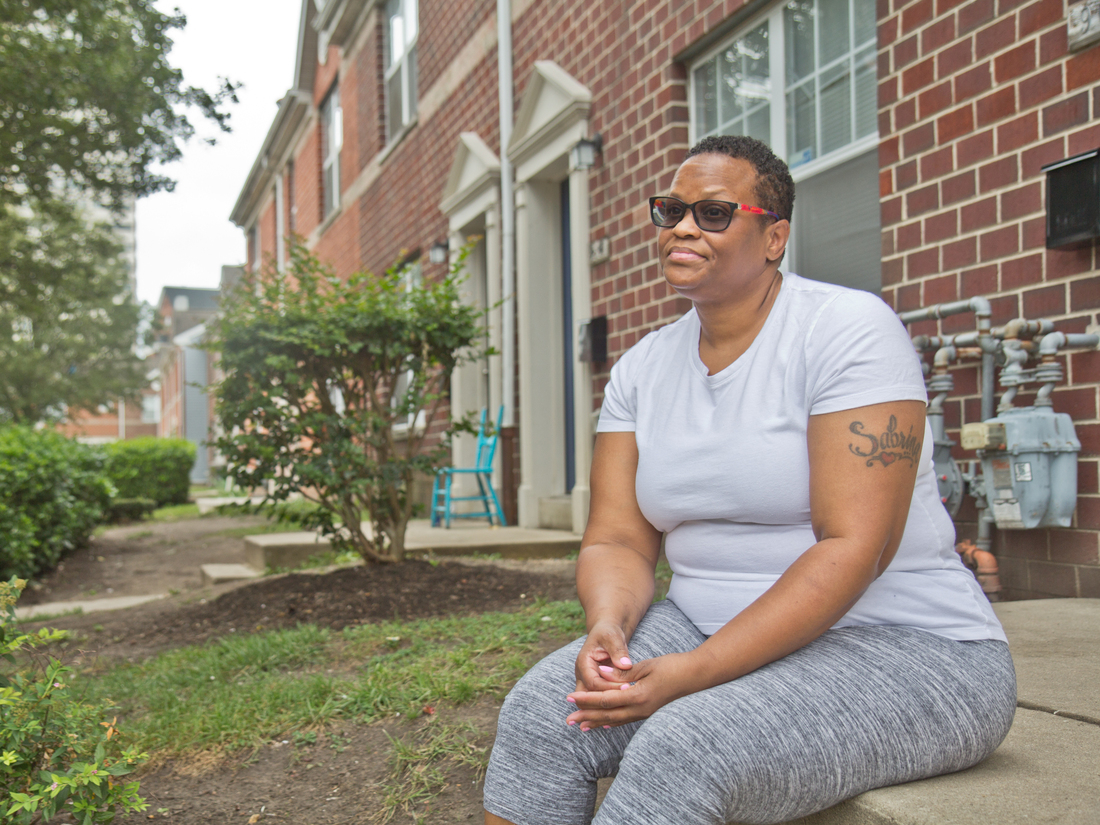 Stephannia Swain is a cook who was laid off as a result of the pandemic. COVID-19’s economic aftershocks have hit the hospitality industry especially hard. 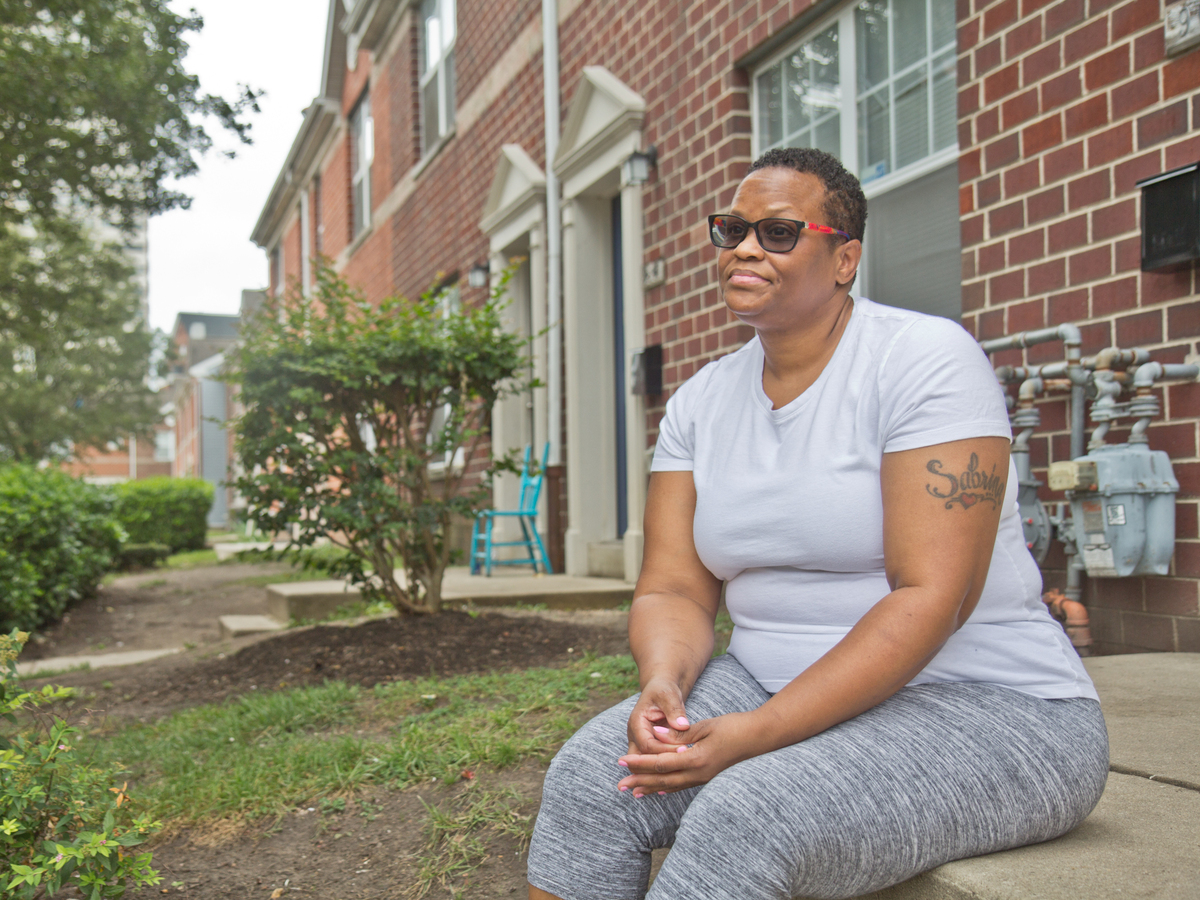 Stephannia Swain is a cook who was laid off as a result of the pandemic. COVID-19’s economic aftershocks have hit the hospitality industry especially hard.

Stephannia Swain, 52, has had the same job for almost her entire adult life, cooking at the Warwick Hotel in Philadelphia.

“We only have six cooks and we’re all lifers,” she said. With 30 years of experience, Swain was the most senior, but others in the kitchen had been part of the team for nearly two decades.

Seniority meant she had control over her schedule, something that helped her balance time with family. Swain lives with her daughter in South Philly and helps to raise her three grandchildren, Aaron, Melody and Otto. Swain’s pay, $18.50 an hour, also helped provide for them.

Then in March, the Warwick closed the kitchen, and Swain was laid off. A message left for the Warwick’s general manager requesting comment for this story and the company’s pandemic plans was not returned.

A return to the job market is not only scary to her at this point, it’s completely foreign.

“I don’t even know what that’s like, having to actually go fill out an application to try to get another job and fit in somewhere,” Swain said. “Starting over, like that’s just so crazy.”

COVID-19’s economic aftershocks have hit the hospitality industry especially hard. Experts say it may not return to pre-pandemic strength until as late as 2023. That disruption presents both an immediate financial hardship, and a long-term one, as veteran employees face the prospect of losing financial stability and status accrued over decades of work.

“To go somewhere new and start at minimum wage, like, I really wouldn’t be able to pay my bills then,” said Swain, who has collected unemployment for six months and sometimes receives donated food from a neighbor.

Nationally, hotel occupancy is hovering at around 50%, according to the American Hotel and Lodging Association. In urban areas, business may be even slower — in the 20% to 40% range.

“Virtually all business travel has halted. … Conventions have canceled for the year, or postponed. Pretty much all we are seeing in hotels are the leisure travelers,” said Ed Grose, executive director of the Greater Philadelphia Hotel Association.

Hotels tend to carry a lot of debt, and many are already behind on their loans, which could lead to foreclosures, and the possibility of some jobs never returning. Almost a quarter of hotels are behind on loan payments, or delinquent, according to the analytics company Trepp.

Earlier in the pandemic, lobbyists for the industry pushed for a $150 billion bailout, saying their financial picture was worse than the Great Recession and post-Sept. 11 combined. They were able to access some of the business supports provided through the CARES Act but did not get all they wanted. Unions criticized hotels for not using that money to preserve jobs.

With that aid expired, the industry has thrown its weight behind the Helping Open Properties Endeavor, or HOPE, Act, which would provide financial assistance to businesses falling behind on their commercial mortgages, pitched specifically as a lifeline to hotels. It was introduced but has not moved out of the House Committee on Financial Services.

For hotel margins to make sense during the downturn, even those in areas recovering more quickly have fewer employees, prioritizing managers over more numerous but lower-paid staff.

“The folks that are bearing the brunt of this [downturn] are our front-line staff, our hourly employees,” Grose said. Nationally, around 4 out of every 10 hospitality jobs were lost due to the pandemic, according to the U.S. Bureau of Labor Statistics. In August, that translated to 768,500 fewer workers employed in accommodations than the same month in 2019.

For older workers, a steeper road back

Industrywide, hotel workers have been advocating for a protection that acknowledges the current financial straits facing management but offers solace in the future — seeking a guarantee that if their jobs eventually return, they’ll get first dibs at their old rates.

“There’s a lot of middle-aged to older middle-aged Black workers who are the bulk of hotel workers [in Philadelphia], and that’s a group of workers that find it difficult to find a job and face racial discrimination and age discrimination in hiring,” said Dermot Delude-Dix, a research analyst with the union Unite Here local in Philadelphia. During the pandemic, that union has found itself nearly wiped out, at times 98% unemployed.

Older workers face a steeper climb if they lose their jobs, with less time before retirement to make up lost wages, according to the Economic Policy Institute. Black and Latino communities have also been disproportionately affected by COVID-19, and supporters of “right to return” say it’s a way to keep workers in those communities from being doubly disadvantaged.

The union has pushed for a local law guaranteeing recall rights in Philadelphia as well as in Las Vegas. Advocates have succeeded in cities including Los Angeles and Oakland, Calif., but the idea has not been widely adopted. Some union contracts contain the right of recall language, but some, such as the contract with Warwick Hotel workers, sunset six months after layoffs happened. Others have extended recalls either voluntarily or under pressure from workers. Seven of the 15 hotels in the Philadelphia region that are represented by Unite Here have done so.

Even that guarantee does not fully vanquish pandemic uncertainty.

“Just not knowing is the hard part,” said Lekesha Wheelings, who worked for 14 years in the kitchens at the Philadelphia Downtown Marriott, most recently as a food expeditor. The hotel closed at the start of the pandemic and has not reopened.

The Philadelphia Downtown Marriott, which is not unionized, recently sent employees a letter saying they would be brought back as of Dec. 31, but that it “may also be necessary in the future to eliminate a number of positions.”

“I don’t know what this means, I’m terrified,” Wheelings said.

Marriott corporate management declined to comment on the operation of specific hotels but said in a statement from corporate spokesperson Lucy Slosser, “Business levels have been profoundly impacted by the pandemic, and continue to determine hotel operational and staffing adjustments.” Earlier this month, Marriott announced it would lay off hundreds from its corporate headquarters due to the COVID-19 business slump.

With so much up in the air, Wheelings said that if she doesn’t go back to work soon, she’ll scramble to find another way to earn income — but that also means accepting that the career and financial stability she earned are gone.

“It took me 14 years to get to $20 per hour, and it would probably be hard finding a job that starts at that level,” she said.