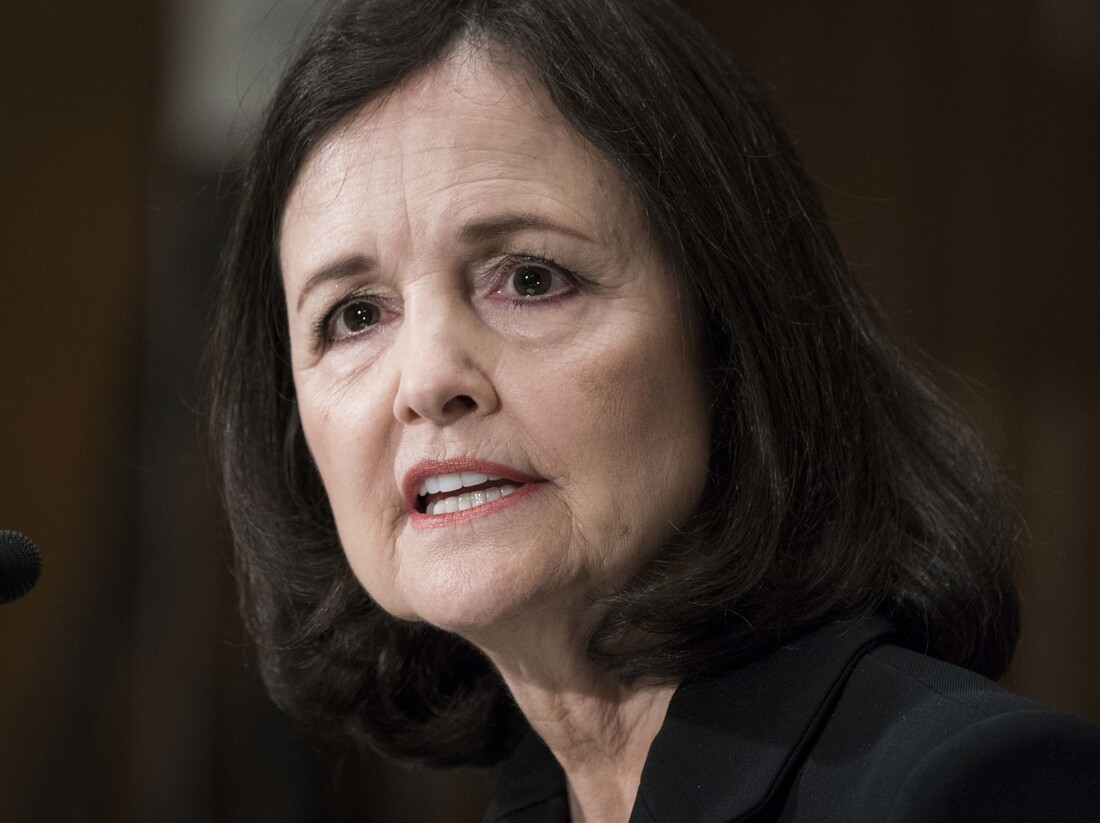 Judy Shelton testifies before the Senate Banking, Housing and Urban Affairs Committee during a hearing on her nomination to the Federal Reserve Board of Governors on Feb. 13, 2020. Shelton is set to be confirmed by a slim majority in the Senate this week. 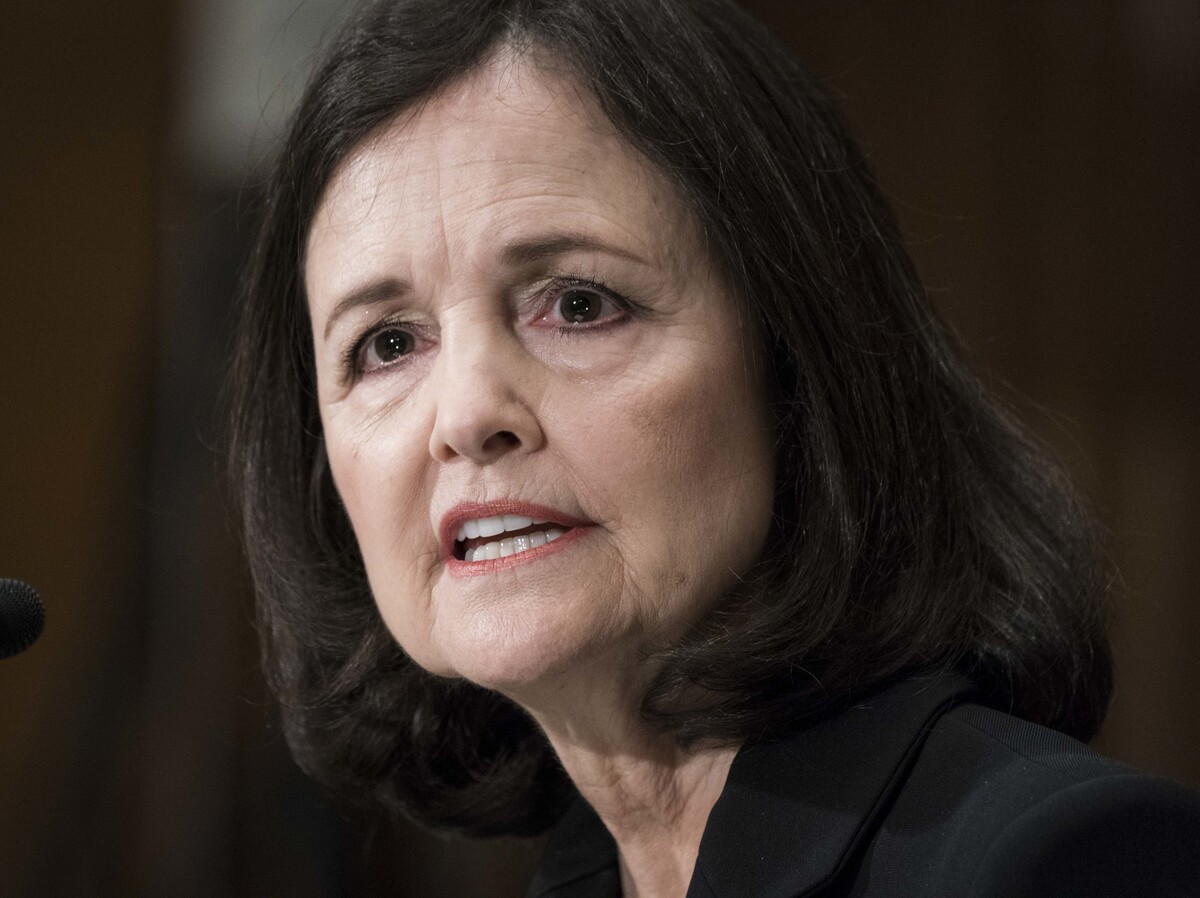 Judy Shelton testifies before the Senate Banking, Housing and Urban Affairs Committee during a hearing on her nomination to the Federal Reserve Board of Governors on Feb. 13, 2020. Shelton is set to be confirmed by a slim majority in the Senate this week.

After languishing for more than a year, Judy Shelton’s controversial nomination to the Federal Reserve’s board of governors appears poised for Senate confirmation in the final weeks of the Trump administration.

Senate Majority Leader Mitch McConnell moved to hold a vote sometime this week after Sen. Lisa Murkowski, R-Ala., signaled her support for the nominee. Shelton has attracted great scrutiny over views that place her well outside of the economic mainstream.

Shelton, who served as an adviser to President Trump’s 2016 campaign, is expected to be confirmed on a slim majority of 51 votes, prevailing over the opposition of Senate Democrats and two Republican critics.

Her confirmation for a term that runs through 2024 comes as the Fed enters a critical stretch under President-elect Joe Biden, with key decisions to be made on how much support the central bank can continue to provide to U.S. markets during the coronavirus pandemic.

Still, her power to sway policy would be limited as one member of the Fed’s seven-member governing board.

Sen. Ron Wyden, D-Ore., blasted what he called McConnell’s “out-of-the-blue” push for a vote on Shelton.

“Her ideas are so wacky and outdated, giving her authority over the dollar would be like putting a medieval barber in charge of the CDC,” Wyden said in a statement, referring to the Centers for Disease Control And Prevention.

“Senate Republicans now see an opportunity to return to the old austerity playbook, so they are moving to get her in place with a sense of urgency they have never shown for getting economic relief to American families,” he added.

Shelton has been a lightning rod since Trump nominated her for the central bank post in July of last year.

Opponents questioned her views on monetary policy — which seem to shift depending on which party controls the White House — as well as her unorthodox support for the gold standard, a theory long discarded by mainstream economists.

In the aftermath of the 2008 global financial crisis, Shelton criticized the Fed for keeping interest rates low. But she changed course abruptly once President Trump was in office, backing his call for even lower interest rates.

At a confirmation hearing before the Senate Banking Committee in February, several Republicans expressed reservations about Shelton. But the panel ultimately voted along strict party lines, 13-12, to advance her nomination to the full Senate.

Shelton’s confirmation is not guaranteed, given that two Senate Republicans, Mitt Romney of Utah and Susan Collins of Maine, said they would vote against her.

That means McConnell can afford just one other Republican defection if the Senate is to confirm Shelton.

Collins pointed to Shelton’s past statements suggesting the Fed should be less independent of political branches of government. The nominee has even questioned the need for a central bank.

“This is not the right signal to send, particularly in the pandemic,” Collins said in July.

As recently as September, Republican leaders were struggling to nail down support for Shelton.

Stephen Moore, whose own nomination to the Fed was sunk by similar complaints of partisan politics, as well as by his past sexist comments and a tardy tax payment, praised Shelton.

“She will be an advocate for American jobs and prosperity,” Moore said in a statement. “Most importantly, she doesn’t believe that printing dollars creates jobs.”

Opponents had worried that Trump might tap Shelton to replace Jerome Powell as Fed chairman when Powell’s term expires in 2022. That’s not a concern under President-elect Biden.

Christopher Waller, who was nominated for a Fed position at the same time as Shelton, is also awaiting confirmation.

Waller, who currently serves as director of research at the Federal Reserve Bank of St. Louis, is a more traditional pick and has drawn much less controversy. So far, however, McConnell has not pushed his nomination to a vote on the Senate floor.