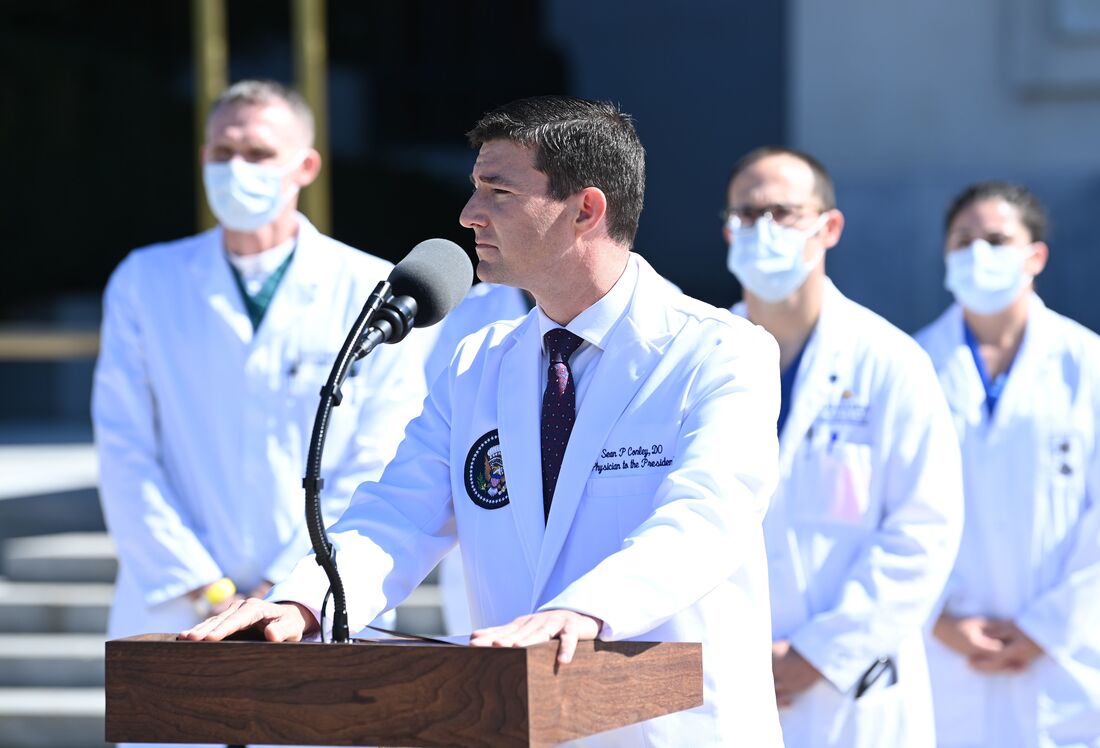 White House physician Sean Conley briefs the press on Saturday on the condition of President Trump, who was hospitalized the evening before because of the coronavirus. 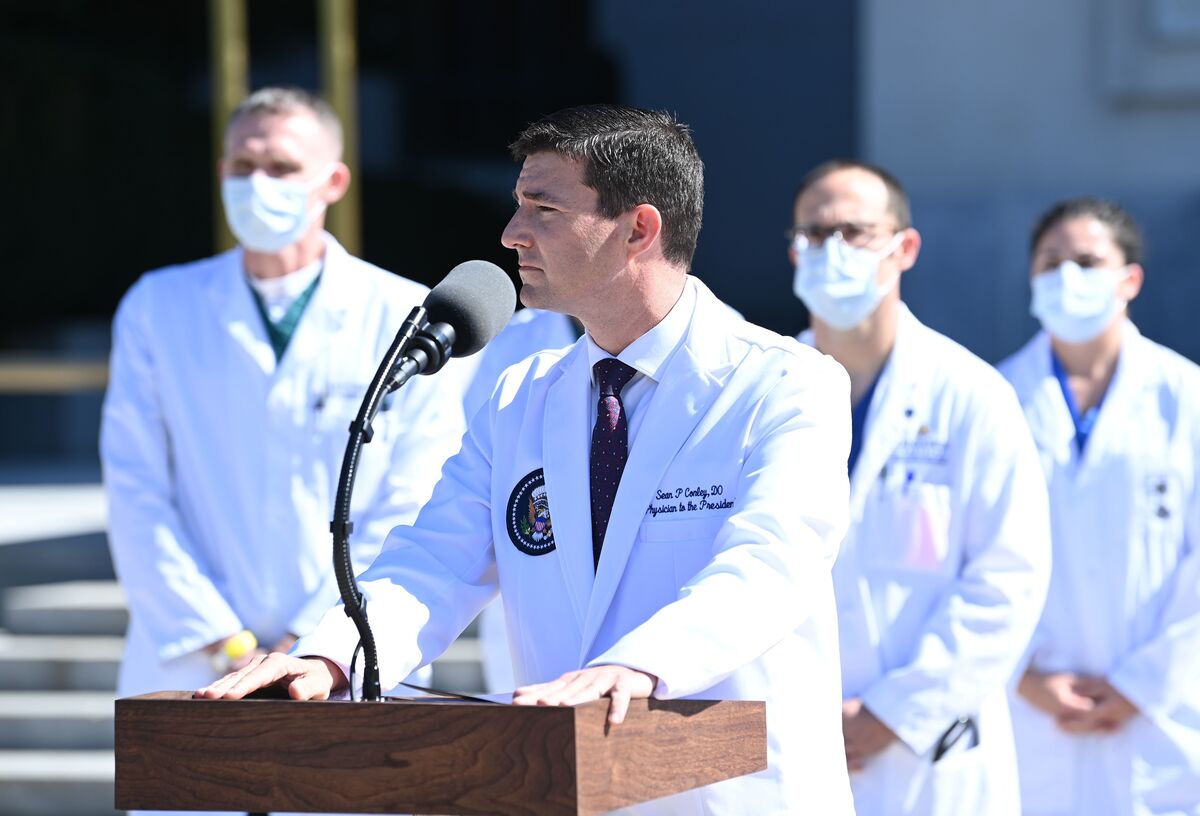 White House physician Sean Conley briefs the press on Saturday on the condition of President Trump, who was hospitalized the evening before because of the coronavirus.

Trump was admitted at Walter Reed Friday evening after announcing early that morning that he and the first lady had tested positive for the coronavirus.

A similar news conference Saturday led to many questions.

The timeline White House physician Sean Conley presented to reporters of Trump’s diagnosis was quickly walked back by the White House.

And though Conley said Trump’s symptoms were improving and that he was “extremely happy” with the progress being made, almost immediately after the briefing, a White House official — later identified by The Associated Press as White House chief of staff Mark Meadows — contradicted Conley, telling reporters: “The president’s vitals over the last 24 hours were very concerning and the next 48 hours will be critical in terms of his care. We’re still not on a clear path to a full recovery.”

In a memo Saturday night, Conley wrote: “While not yet out of the woods, the team remains cautiously optimistic.”

The president himself tweeted a video Saturday evening, in which he said: “I came here, wasn’t feeling so well. I feel much better now.”

But echoing Meadows, Trump added: “You don’t know, over the next period of a few days, I guess that’s the real test, so we’ll be seeing what happens over those … next couple of days.”